Posted on December 8, 2011 by lensandpensbysally

This week’s images have a theme of glass and its incredible reflective qualities as well as distinctive colorations. The first is a three-dimensional sculptural paperweight that stands 4″ high x 3″ wide. The next three are photographs of a flat rectangular paperweight that measures 7/8″ high x 3 7/8″ wide. The last two are from a small flat glass panel (9 1/2″ high x 9 1/2″ wide) that I will someday use for a mosaic project. Please let me know which is your favorite of my six photographs. 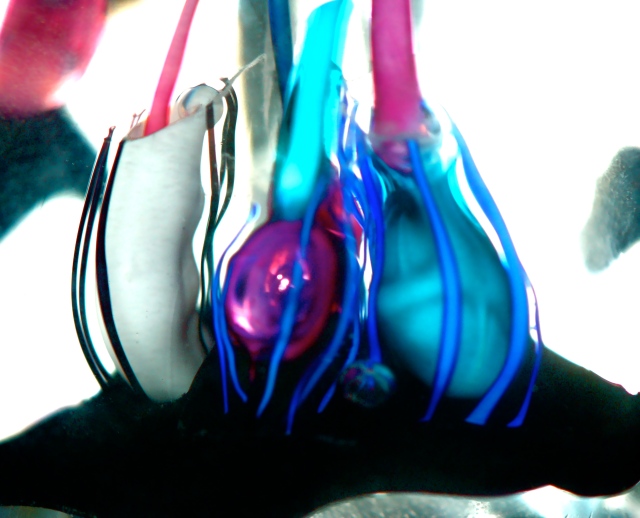 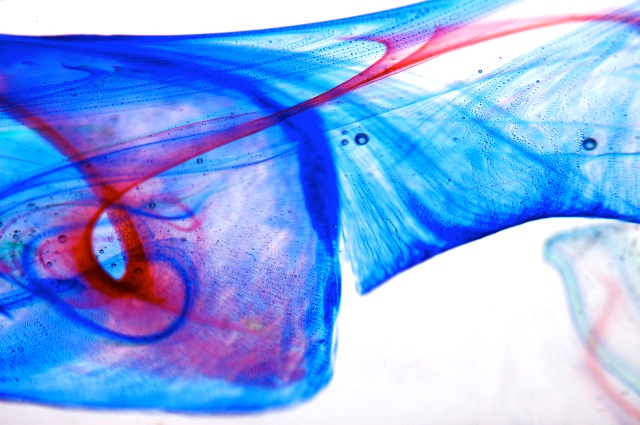 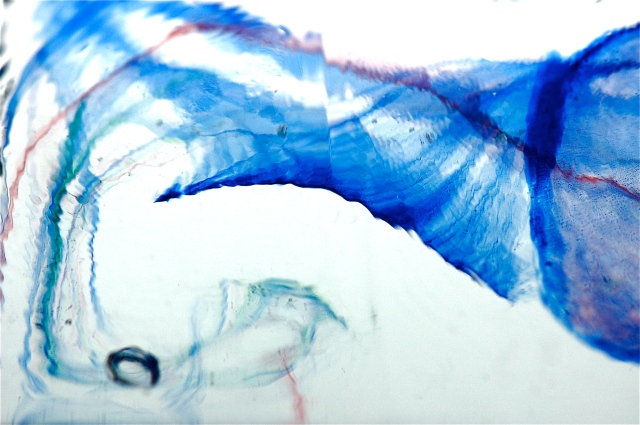 Maybe it’s the holiday season or the nostalgia surfacing at the year’s end, but I’ve been thinking about the luck of the draw: the satisfaction of living in my small town. Maybe it’s simply my appreciation of where I am rooted for the rest of my days.

Beautification is part of many small town’s mission, and mine does it quite well. Of course, they did it better in flush economic times. But the balance between the town (locals) and gown (the University) keep it a lovely place to call home. We have a strong cultural center that includes art exhibitions, cultivated gardens and islands, murals, and sculptures. There is a pride of place and space.

In my opinion we have the amenities and necessities that makes a physical location so much more. I even have a new friend who moved here a few years ago from New England. She searched for a place to relocate. Of all the nationwide choices she moved here: Newark, Delaware.

Sure, other small towns have their draws. What we seem to do well is satisfy a large student population on campus and keep the locals and visitors pumped. Recently, the campus bookstore moved to Main Street. The (already-established) collaboration with Barnes and Noble makes good business sense. Now we have a sizable store to bring more people to downtown USA. The University simply adds huge value to our community. My alma mater is a sizable piece of what makes the city so desirable to me.

But the business district is not perfect. There is no clear aesthetic balance between the old and new. But they try. Some of us are more visually-oriented. We see the discrepancies every drive or walk through Main Street.

And by the way it’s located in just the right East Coast latitude and longitude. It’s close to major cities such as Baltimore, Washington, Philadelphia, and New York City. In many ways it’s the ideal nesting grounds.

Sometime the town feels very small, and at other times it is so big that you can lose yourself in anonymity. The population hovers over 35,000. But in the summer when  most of the students vacate, it’s serenely quiet. Since those students are a large part of the  economic engine that helps to drive the town, we also are pleased to see them return.

I came to this town many moons ago to attend the University of Delaware. Life kept me returning. Now it is the constant, the force that stabilizes a day. Mostly, I’ve made lifelong friends here. My children and grandchildren are here. It is a place of frenzy and solitude.

The interconnection between the University community and residents keeps the town ticking with vibrancy. In fact that energy seems to keep escalating year-after-year into a  livelier downtown.

So many of us should not have been surprised to learn that the city was honored by the National Trust for Historic Preservations’ 2011 Great American Main Street Award. Along with four other small towns the organization “recognizes exceptional Main Street communities whose successes serve as a model for comprehensive commercial district revitalization.” 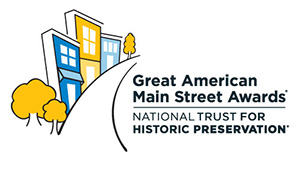 As the semester comes to a chose, the city will be devoid of most of its campus life. But Main Street will teem with residents, and some foreign students will not return to their hometowns. There will be a lessening of people but not a lowering of synergy for a sense of place–a place that is familiar and ever-changing and still a zone of comfort.

This entry was posted in Education, Photography and tagged Photography, University of Delaware. Bookmark the permalink.