Posted on May 18, 2012 by lensandpensbysally 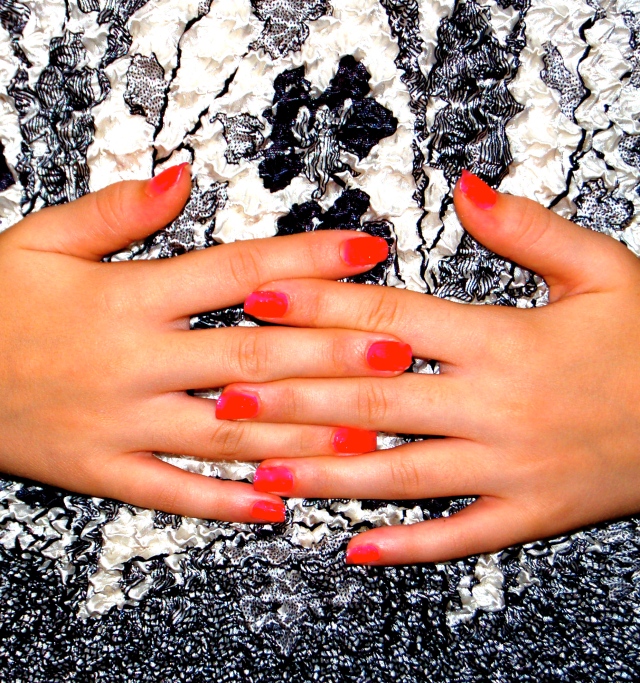 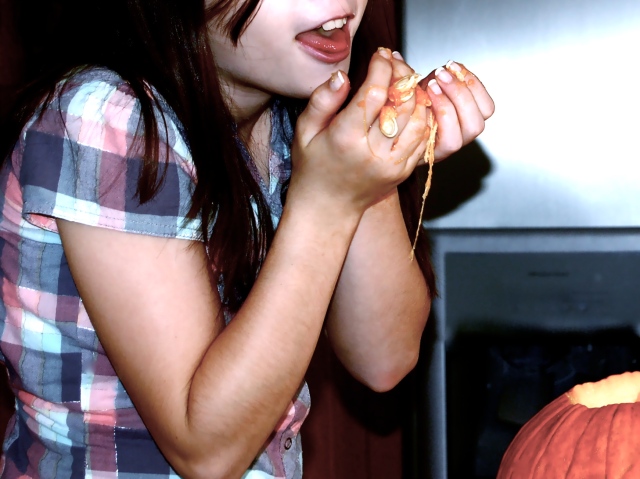 Let me know which is your favorite.

Hands are unto themselves bare and telling; they reveal a lot in their nakedness. And in action or use, they build character and a different or new facade. WordPress’ Weekly Challenge had me scan through last year’s images. While I only have a handful of worthy candidates, I selected two.

The first photograph in the Lens section captures a slice of today’s popular culture where very young girls routinely are painting their nails. In December 2011 Pantone, the standard for color charting, selected tangerine tango (click here) as the color to spread across the 2012 fashion scene. That orangey orange slipped quickly into the commercial market. Since this photograph was taken in autumn 2011, my granddaughter was months ahead of the announcement for 2012’s color choice.

I tried to capture a touch of humor in the second image where pumpkin pulp and seeds became fodder for a shoot. They foreshadow what may come: roasting seeds or making pie from the pulp. But the fun was in the possibilities.

Are hands one of the most photographed subjects? Possibly. Certainly they represent the human condition. Even in their quiet (as with the example from Google Images of Universal Hands) they symbolize action and connection and promise and relationships. Hands can speak volumes in their movement or silence. They fill the spirit with their clapping, clasping, strumming, counting, praying, signing, grabbing, waving, planting, playing, holding, pointing, aging, drawing, symbolizing, resting, philosophizing…They even produce smiles with their creativity. Thanks again WordPress, t’was another fun challenge.