Instant Photography: Analog (Polaroid) vs. Digital (iPhoneography) Are = But ≠

Posted on November 28, 2012 by lensandpensbysally 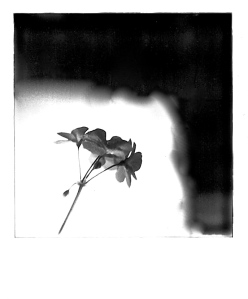 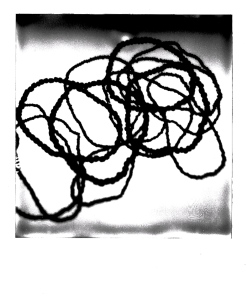 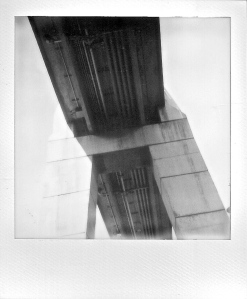 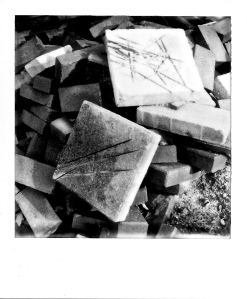 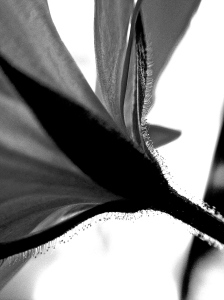 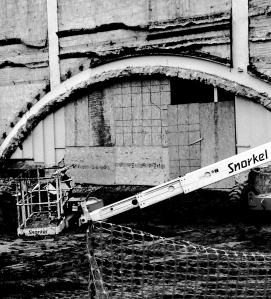 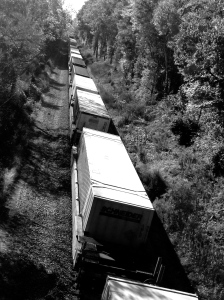 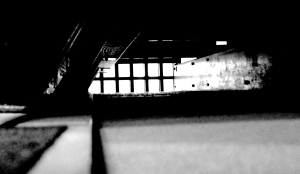 Let me know which is your favorite in each section and why.

The demise of SX-70 Polaroid film and other instant analog film in 2006 left devotees sullen. I was one of them.

And so it was with intense enthusiasm that I celebrated the news of the Impossible Project, which champions Edwin Land’s camera, that saved the Polaroid in the age of digital technology. The Impossible Team of innovators resurrected cameras and films that scores of amateurs and professionals used to push their creative selves.

Their heroic deeds began in 2008, directly after the end of the manufacture of equipment and range of films. Their goals were far from simple. Dyes were unavailable, and so it was not until April 2010 that the first monochromatic film was released. A few months later color was soaring through the hands of aficionados.

I became aware of this “human” miracle of sorts at the beginning of this year. On 10 February I wrote a post about the project. To read “Good Ol’ Polaroid Days are Back: The Impossible Project,” click here.

Then I began a search to find my two cameras. Finally, I was slipping film into my SX-70 camera that worked. Immediately, my grandson was enamored with the magic of the products and process, which amazes and dazzles.

I liken the experience to a high wire-act that builds intensity, and becomes triumphantly satisfying. Strangely, it fits very well into our “instant” society.

Just think of the mental pulsations from the following: slipping the film out of its package, making sure the pull tab faces upward, release the door that houses the compartment for the film, slip the film pack into the camera, close the door, and savor the sound of the initial card that pops from the camera.

Those steps are just the beginning of a heat-pumping dialogue with technology that was at the top of its class in the 1970s. We haven’t even gotten to the camera shoot, and already a mystery has unfolded.

That early exercise is part of the gorgeous intrigue of the Polaroid. But the Impossible film is super sensitivity to light, and requires ultra-careful measures. Once you set the light/dark wheel, frame the image, and press the button, the initial seconds of extrusion are critical. The successive minutes of a print’s birthing are just as important.

Your job is to minimize exposure. My only way to accomplish decent photographs is to share the photo shoot with my grandson. We have a system, which took a while to develop (no pun intended). But it works better and better each time.

We shield each print as it spits out and immediately turn them over. After the print is secure in a closed box, we wait a few hours to peek at our work. Then I let them stay in the dark for a few days before I scan them into the computer.

I scan them for a few reasons. First, I will preserve the original, because the print can continue to change over time (silica gel or dry kits helps to preserve them). Next if I choose, I can edit them.

While I’ve used the color film, I am now focused on the black-and-white. I am completely in awe of its effects. In the Lens section (Part One) are four examples.

The truth is that the next steps somewhat remind me of my plunge into iPhoneography. The camera in my iPhone 4s produces reasonably good images, and its mobility is its best feature. But other benefits has broaden its appeal in the few months that I’ve been using it. I can now partake in its panoramic feature, and use a few apps. But I do not edit on the phone.

While the re-introduction of my SX-70 into my photographic toolbox is rather special, I am as taken with the abilities of iPhoneography. While you can make a digital print mimic a Polaroid, I will not. Why would I? I have the real thing.

I do find commonalities between the two. Each has a pledge to the instantaneous, albeit in slightly different ways. Each gives you the ability to travel in the most unobtrusive ways. My Polaroid folds and can slip into a purse or bag with ease. And the iPhone speaks for its tiny portable self. Each can produce wildly divergent effects.

I could not ask for a better time to be exploring the possibilities of my “stilled” world, to have such choices. I’m a firm believer in the lens of the individual who frames a moment in time and space–the individual’s paramount power to select, to record. The equipment becomes the secondary player to the vision before me.

Still, I’m teased by the Polaroid and the iPhone. My Nikon DSLR is not jealous, because I will never abandon her. But now I have a trio of possibilities and neither is the best; it’s  simply what encourages my own day’s work.

While human innovation continues its technological journey, I can combine analog and digital. Today I stumbled upon a news flash of the most serendipitous kind. While I’ve had this post in mind for weeks, I was totally caught by surprise about the new plans of The Impossible Project.

In February 2013 they will launch a new product: a Polaroid camera that can hold an iPhone at its apex, and instantly the camera will convert the phone’s image into a Polaroid print.

Now that’s instant photography that moves analog into digital and vice versus. I’m stunned but not. See their Website at http://www.the-impossible-project.com/projects/camera/iil/

Regardless, I am smitten with the nostalgia of my SX-70 Polaroid. Its abilities seem limitless, even in the face of today’s technology. You can play with exposure, lift off the outer layer of the print, use tools to manipulate the surface, taunt temperatures, and so much more.

Holding the camera is a reminder that old friends and their personal history are dearly essential, and certainly provide a safe space for creativity. But this technology of the 1970s also brings a profound sort of unusual joy. As I press the button to record the image, the sound produces a mysterious veil that continues until the image appears.

14 Responses to Instant Photography: Analog (Polaroid) vs. Digital (iPhoneography) Are = But ≠