Posted on January 11, 2013 by lensandpensbysally 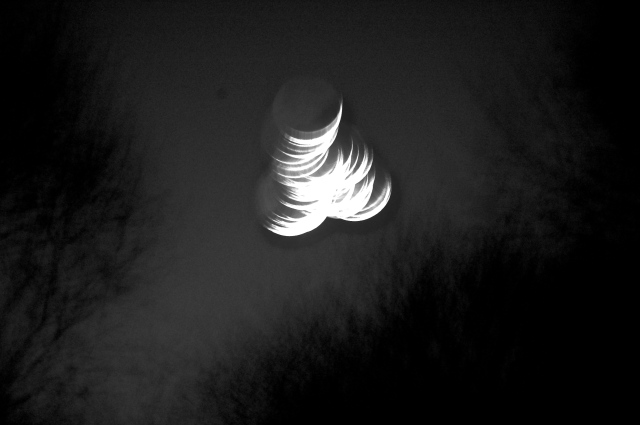 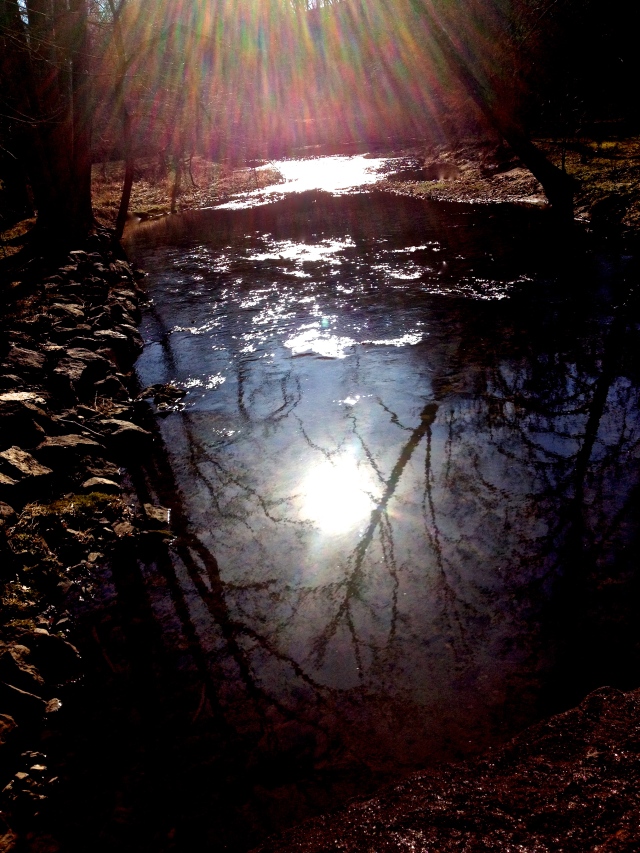 Lighting is a key to a successful photograph. Whether it’s an artificial or natural source, it can bring magic that is startling, subtle, peaceful, agitating, mesmerizing, quieting, calming, mundane or…Mostly, contrast builds by the pitch of the light that can set the stage for blatant or secretive narration. I love playing with Mother Nature’s illumination, and was especially pumped to learn that it is the theme of this week’s WordPress Photo Challenge.

In the Lens section are two images that are my entries. The first was taken in mid-December when the moon was seen as a sliver of its full self. That new waxing moon was potent enough to stun the night. Illumination was so bright as to cause multiple reflections, which were spell bounding.

Yesterday I headed for the Brandywine Creek State Park. It was late morning and I drove along an area of the Red Clay Creek where the sun was beaming down upon the waters. The second image shows le soleil sprinkling a rainbow of illumination gloriously wide and long.

While we have had few sunny days this winter, yesterday brought perfect light that enveloped every very inch of the landscape, warming and tenderly nurturing. I felt it deeply and thoroughly.