Posted on April 15, 2013 by lensandpensbysally 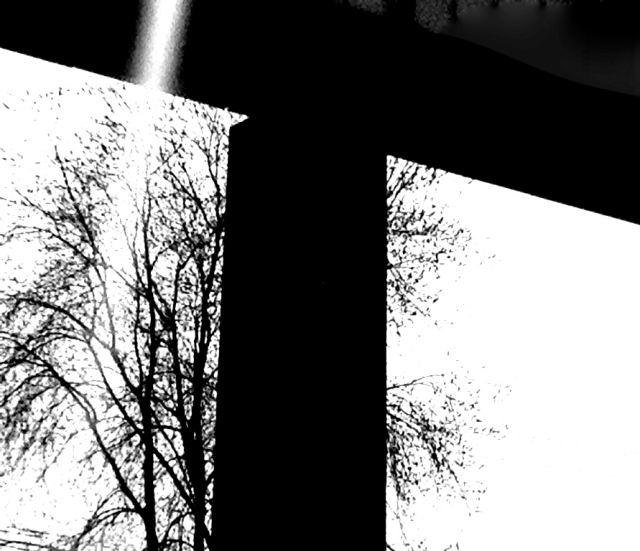 Last month Gracie (http://graciebinoya.com), Polly (http://watchingthephotoreels.com) and I began an iPhoneography Monday Challenge. If you’d like to join the fun, please click here for details. This week’s theme is black-and-white, which has become more and more part of my aesthetic palette.

I’ve written several times about the monochrome–that image that freezes time in black and white. While the reality of what we see is full-bodied natural colors and technicolor, the monochrome brings a presence that can literally move the heart and soul in surprising waves.

I am particularly intrigued by architectural design. To engineer the construction of a  bridge is a human feat of grandeur. Because architectural features often stir my sensibilities and synapses, a bridge connects me more than from one side to the other. It allows me to ponder human ingenuity. 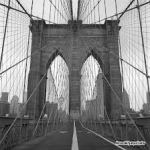 Bridges are well suited to black and white. With the right lighting nuances of design can be emphasized. Or structural features recorded. Or expanse can be stopped in time. Or girth can be panned. Many bridges have such simplicity that smaller parts are as exacting as the whole.

Where I live on the East Coast a number of bridges move across wide canals and bays. They are meaningful achievements, and a handful cross the Chesapeake and Delaware Canal.

In the Lens section is a shot taken on a clear-skied morning heading south through Maryland. The Chesapeake City Bridge was built in 1949, and is a sweetly-topped expansion. It also crosses the C and D Canal, and could not be more sleek and quietly simple. But there is also a charm that can be stilled.

I’m so enamored with these human creations that I’ve been working on a Bridge Series. Obviously, bridges are better suited to be photographed with my Nikon DSLR, which is usually what I use for these behemoths. I must confess that I charged my battery, and then neglected to put it back in the camera.

So the above image is an experiment with the iPhone’s ability to take such structures. It’s also an experiment to honor the bridge in the monochrome.

Check this entries for today’s challenge:

Note: As always I welcome comments about this post or any part of my blog. For additional posts about my leanings toward black-and-white, click here and here. To see photographs from a stroll across San Francisco’s Golden Gate Bridge, click here. The following is a reminder of the weekly schedule and themes for upcoming challenges.