Phoneography Challenge, the Phone as Your Lens: Macro (Cracks in the Cosmic Egg)

Posted on October 14, 2013 by lensandpensbysally 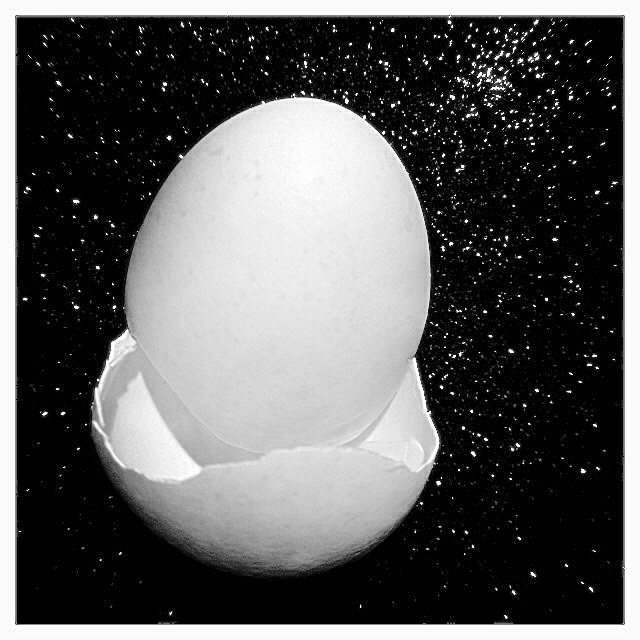 Since I discovered the Ameraucana egg, I’ve been wanting to capture its unusual coloration. A few weeks ago at our Sunday farmer’s market, I bought a dozen produced by this breed of chicken, whose egg color varies from white to green to brown. They are thought to have been introduced in this country, and are a mixture of  the American and Araucana breeds.

It’s not only that I fell completely in like with the hues, but yolks are large and velvety in flavor. They also are ready-made Easter eggs. No dyeing needed, just decorate. 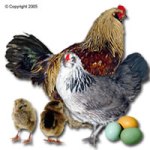 As I set up the photo shoot, the long-held notion of the crack in the cosmic egg began to swirl through my thoughts. Many cultures and myths refer to the egg shape as an analogy for the birth of the universe: or a beginning point for just about anything.

The egg shape has a permanent place in history and science: a metaphor for the Big Bang Theory and Einstein’s Theory of General Relativity as well as other observations about the expansion of the greater cosmos beyond our own solar system.

The cosmic egg fills ideas and philosophies of great thinkers (such as Carl Jung, Paul Tillich, Pierre Teilhard de Chardin, Carlos Castaneda…), but it also is found embedded in the arts (literary and visual) as a symbol of birth and rebirth.

And while this thought process may seem a bit cerebral, it was pushed even further with the recollection of an article from the New York Times that appeared last Spring (“Universe as an Infant: Fatter Than Expected and Kind of Lumpy,” by Dennis Overbye, 21 March 2013), which displays a heat map of the cosmos at 380,000 years old and post-Big Bang. And, yes, there it is–the egg shape. Click here to read the full article.

It astounds me that the human mind could have so long ago surmised such an association that proved to have such sticking power. And now the comparison is even more secure, I find it profoundly stirring in a good way.

Just when I am ambivalent about the state of our world, I am encouraged by “our” ability to connect the dots–a process that we can do brilliantly. It’s inspirational.

Tip of the Week: I’d like to introduce you to the Mobile Photo Network (MPN), which is “dedicated to quality mobile photography (click here to view their site).” MPN features  photographs, cultures and communities that are created through the use of connected mobile devices. This resource is a collaboration between award-winning mobile photographers Misho Baranovic and Oliver Lang, who create and curate online exhibitions, and include on their site other valuable information for photographers. If you would like to be a feature photographer at MPN, e-mail them at mobilephotonetwork@gmail.com or fill out the online form here.

Note: As always I welcome any comment about this post or any part of my blog. Here’s a reminder of the monthly schedule with themes for upcoming Phoneography Challenges:

52 Responses to Phoneography Challenge, the Phone as Your Lens: Macro (Cracks in the Cosmic Egg)