Phoneography Challenge, Your Phone as Your Lens: Celebrating the One-Year Anniversary (and Nature’s Abundance)

Posted on February 3, 2014 by lensandpensbysally 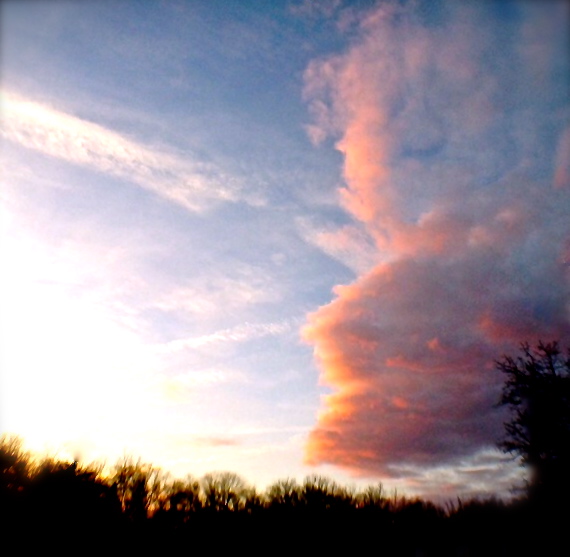 Let me know which you prefer and why. Each was taken on the same night at different locations, and approximately ten minutes apart.

As this day quietly departs, tomorrow will unfold with a salute to the launch (04 February 2013) of this challenge. Initially, the iPhoneography Monday Challenge was slipped into cyberspace with a target audience that uses iPhones. A re-launch was spun four months later. The challenge was anointed: Phoneography Challenge, Your Phone as Your Lens.

During the 03 June 2013 re-launch post I wrote: “Since the launch there have been inquiries from those who joined this trend, but do not own an iPhone. The definition of iPhoneography is crystal clear: the use of an iPhone to take photographs. But Apple’s genius is more than the quality of the iPhone’s lens. The range of apps available for editing makes me believe that I have a darkroom at my fingertips. This aspect of the iPhone influenced the decision to focus on iPhoneography.

Quickly, other companies produced Smartphones with their own versions of built-in cameras, and joined the “iPhone art” movement. Now PHONEOGRAPHY has become the umbrella term to express the integral part that digital technology plays in the arts and popular culture.

No longer is there any doubt about the legitimacy of the Smartphone as a lens to not only capture one’s visual landscape, but produce a viable photograph worthy of recognition. The built-in camera is particularly suited to street photography, because of its size and less threatening presence.

Mobile phone cameras are easily one of the great inventions of this century. It’s hard not to ponder the future of this technology.”

It invigorates my soul that the challenge is moving forward with a steady momentum. As I began to reminisce about the last twelve months, a number of overhead bubbles pop into view:

1. Since its inception over 60 participants have shown their work: either always, frequently, occasionally, once, or sometimes.

2. The highest number of participants per post has been 24.

3. On 02 April 2013 The Daily Post published “Phoneography Favorites,” which mentioned our iPhoneography Challenge and others who showcase photographs taken with Smartphones. The previous month WordPress paid tribute to this trend with a series on phoneography tips. Click here for those articles.

5. Participants enjoy knowing each week’s theme, and often voice their enthusiasm for their favorites.

6. There is a consensus that the weekly challenge helps to increase experimentation and delving into the new.

Now, my entry for this week. Nature does not have to be flashy to be mesmerizing. But I admit to being lured by sunsets and sunrises (On Friday I forced myself out of bed to chase the sunrise.), which is why it seems appropriate to praise a recent sunset. This winter’s legacies have included: bitter, bitter cold days and nights; numerous rain and snowstorms; many, many grey days; and, magnificent sunsets.

In the Lens section is a sunset that gave me chills and thrills: its visual appeal speaks for itself. I was on a late afternoon walk, and the sky had me follow its massive hues that spread into pinks and greys and blues and yellows and whites.

The air seemed charged with electric colors that were softened as the sun made its way into the early evening. The quickening of the colors demonstrated the need to hasten and catch the performance.

To still each fleeting moment of brilliance was tricky. I realized that in many ways a sunrise and sunset vie for each other’s spiritual dominance and magic. They also push the onlooker and photographer to be vigilant, because each inhale and exhale seems to alter the scene.

The first image was drama personified. A storm appeared to be nearing. But after several shots, I rounded the corner to observe a clearing that produced billowy formations of pinks and oranges mixed with edges of yellows. The sky’s background was evident through the negative spaces. It was glorious, and later each image brought back  moments of elation.

Because this challenge was created to build a community of photographers, I’d love to hear from you. This challenge is meant to be a reciprocal experience where we learn and share–as visual storytellers–through each other’s entries and comments. Also, it’s a place to meet others that are drawn to still their way of seeing the universe.

I hope that you will respond to one or a few or all of these questions. Your response will help as the challenge moves forward in its second year.

1. What have you liked most about the challenge?

2. What changes would you like to see over the next few months? Year?

3. What suggestions do you have? For example, would you like another category to be added to Challenger’s Choice?

4. Would you like me to interview and/or showcase a well-known Phoneographer?

6. Would you be interested in the challenge sponsoring a juried exhibition? The top entry would be selected by a guest photographer, and there also would be a Reader’s Choice.

7.  If you are a reader rather than a participant, what do you enjoy most about these challenges? Do you have suggestions?

8. Do you have ideas to increase participation?

Mostly, there would not be ongoing enthusiasm without your participation, which involves creative and imaginative ways of seeing your own universe. I seek to make this challenge a comfortable place for participants and readers to be inspired. That includes encouragement and nourishment, so you can flourish and grow with each post.

As the group of phoneographers grows, the world of photography benefits. As the technology blossoms, the future is limitless for Smartphones and their capabilities.

My personal philosophy stays solidly planted: regardless of the equipment (SLR. DSLR or Smartphones) the photographer captures a moment in space and time, which stirs the viewer to gaze upon the vision of that person’s world. The type of camera is secondary to the story that the photograph tells.

To each of you I extend my monumental thanks.

Tip of the Week: I’d like to introduce you to Phoneography Blog, which is a site: “for the androidographer and the iphonographer, as well as anyone with photobooth, an ipod, an ipad or cell phone camera.” It is a vast online gallery for photographs that are taken without a traditional camera. Click here to see the site, and here to submit a work.

91 Responses to Phoneography Challenge, Your Phone as Your Lens: Celebrating the One-Year Anniversary (and Nature’s Abundance)