Phoneography Challenge, the Phone as Your Lens: Black-and-White (and “What is a Photograph?”)

Posted on February 17, 2014 by lensandpensbysally 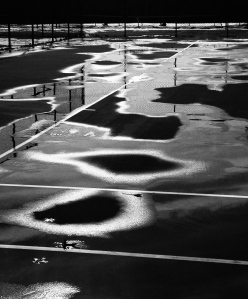 “You don’t take a photograph, you make it.”  — Ansel Adams

With the advent of digital cameras that same ingenuity, which induces gazes and wonder to capture daily life, became deeply entrenched in worldwide popular culture. While we know the mechanics of the camera, digital technology is real and surreal. Still, we are amused, bemused and spellbound by the digital darkroom and the devices that take us there.

The photographer has stayed both artist and innovator. In the twenty-first century this constancy has gone beyond a trot to a canter.

The current state of the photographic arena is explosive, and certainly not decisive. Questions keep surfacing: Is that a camera? What effect is mobile photography having on the art of photography? What is a 18th, 19th, 20th, 21st-century photograph? When is a photograph considered art? When is an imagemaker considered an artist? a photographer?

This art form is experiencing another tipping point. The definition of a photograph is in metamorphosis. Layers are being added and, at same time, peeling away.

Of course, the Smartphone is only one of the candidates that is on this continuum. And photography is embedded in everyday life in both good and intrusive new ways. Even the world of galleries and museums are being redefined by art driven by this new and old medium.

On 26 January 2014 Philip Gefter wrote a New York Times article, “The Next Big Picture,” that plows into this subject. Revelations abound.

Until 01 May you have the opportunity to view an extraordinary exhibition at the International Center of Photography in New York City. The show raises the question: “What is a Photograph,?” This commentary on the past, present and future of the photograph is edifying and illuminating.

The exhibition and current trends in photography are the subjects of Gefter’s feature. Here are three quotes from his article:

“As digital technology has all but replaced the chemical process, photography is now an increasingly shape-shifting medium: The iPhone, the scanner and Photoshop are yielding a daunting range of imagery, and artists mining these new technologies are making documentation of the actual world seem virtually obsolete.”

“Questions swirl: Can the “captured” image (taken on the street — think of the documentary work of Henri Cartier-Bresson) maintain equal footing with the “constructed” image (made in the studio or on the computer, often with ideological intention)?”

“Mr. McCall, of Pier 24, acknowledged that a curatorial consensus on the photography’s future has not been reached. ‘There has to be some photographic process involved, some piece of technology that we acknowledge as photographic, but I don’t think it means it has to be lens-based,’ he said.” [Christopher Mc Call is the director of Pier 24, a private photography center in San Francisco with a museum-like reputation.] To read the entire article, click here.

Since reading Gefter’s enlightening reportage, I am considering another change in the challenge’s title. I will pose this idea a few times throughout this month and into next. I definitely want your opinion. I believe this change will open the path for participation by those who use a range of filmless digital devices beyond the Smartphone.

My suggestion is to shift the title to express this evergreen quality of today’s photography. The new title would be: Mobile Photography Challenge, Using Non-Traditional Cameras. Let me know what you think about this change. It also responds to some suggestions by those who answered my questions from the challenge’s anniversary post (click here to read it), and would allow them to use iPods, iPads and other tablets. A summary of the nine questions will be covered in next week’s post.

As photographers climb another mountain toward discoveries, experimentations and rewards, Ansel Adams’ vision is as apt today as it was in the twentieth century. Photography remains at the apex of the unforeseen and unrealized. Photographs have after all garnered a trove of debate and dialogue that will continue to escalate as technology expands its perimeters.

In the Lens section are two images that exemplify winter’s powerful presence this season on the East Coast, USA. The weekly, seemingly daily, deluge of ice, sleet, snow, and wind has pushed deep within our psyches. We’re beyond our quotient of nature’s wintry display.

To me it’s appropriate to show the effects in monochrome, because the landscape has become awash and tethered by tones of blacks, greys and whites. It’s a black-and-white vista that beckons one to focus even more on the weather’s legacies.

When the sun intercedes across the landscape, puddles and rivers appear. While many across the planet are suffering from drought, the East Coast has the opposite: unexpected amounts of water. This seesaw is the future.

“We” must address this crisis and quickly. “We” must prepare ourselves as one global and united community, because water is the most precious life-sustaining resource–a resource necessary for life as we know it.

Tip of the Day: Black-and-white photography is the back and front story of the photographic movement. Here are two videos that I found worth viewing. You can view them on their YouTube links:

Title: Shooting Digital B & W: A Lighting Tutorial: a 6:19-minute video that details uses of light to make B & W images. Although it’s meant for digital camera users, it’s lessons and suggestions are apt for all devices. The video is worth watching, because it shows and tells. The points about conversion from color to B & W are particularly helpful. Click here.

Here are other entries for this week’s challenge:

5th Monday: Editing and Processing with Various Apps Using Themes from the Fourth Week (31 March 2014 will be the first challenge for this new theme).

82 Responses to Phoneography Challenge, the Phone as Your Lens: Black-and-White (and “What is a Photograph?”)