Phoneography Challenge, the Phone as Your Lens: Black and White (and Winter’s Waning and Spring’s Arrival)

Posted on March 17, 2014 by lensandpensbysally 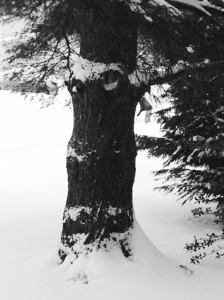 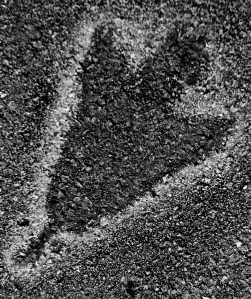 This month I asked participants and readers to give their opinion about choices for the challenge’s new title, which is meant to reflect the evergreen quality of today’s photography. Many have strong opinions about their selections. With two titles as semi-finalists number one received more votes.

Still, I remain ambivalent about how it will be received by the wider readership searching to join this photo community–a community that the challenge seeks to attract and nurture. Here are the finalists.

After a bit more internal deliverance on the subject, I have come up with another approach. Most of us are in agreement about the importance of a title to draw attention on the Internet.

I’ve done a bit of research, and Phoneography is here to stay. It remains a popular search word, which is a good reason to keep it as part of the title.

I awoke yesterday after having written a totally different title that seemed to say what is needed. I created an acronym, but realized that the title was too cumbersome. Then I forged this title: Phoneography and Non-SLR Digital Devices Challenge.

So this new, new one is an attempt to bridge the current title with the ever-changing tools available to photographers. Here are three choices:

Let me know if this makes any sense. Or if you have further suggestions. I believe these are a better transition. What is important is differentiating this challenge from other photography challenges.

I hope that we can use one of them. I tend to think that # one is the best (shorter), but I really like two. Three is just too long, but more precise. Please give me your opinion.

No doubt the title will morph again to meet the “new” in photography’s creative expansion. Photography keeps upending the norm, and technology is simply a tool that we use in the creative process.

As I arranged the set of images for this week’s black-and-white challenge, the theme of Winter’s waning and Spring’s arrival was prevalent. This Thursday promises the equinox, a perfectly divine day where day (light) and night (dark) are as close to equal as is possible by nature’s wand.

There are two equinoxes: spring and autumn, which are the only time the earth does not tilt away or towards the sun. Where I live in Delaware, U.S.A., sunrise will be at 7:06 a.m., and sunset will glide forward at 7:14 p.m. As the dark appears, Spring will be a day old, and Winter will have climbed into hibernation for three more seasons.

The human spirit is immeasurably soothed by this renewal and visual alterations that appear day by day. As green shoots begin their ascension, one’s gaze is transfixed for progress. We wait for blossoms and colors to carry the past into the present.

Because photography is less dependent upon “gear” than on the visual acumen of the photographer’s eye, I am buoyed by the ease of my iPhone 4s as I roam through local preserve, pristine trails, and mature neighborhoods. I am particularly drawn to the untamed. During this phase of seasonal transition, there is much that is raw and wild.

Mostly, it is remarkably reassuring the discoveries that can be made during my daily walk–a walk that criss crosses suburbia and protected creeks, forests and wetlands. Even though the elements may be there, I must stay alert to see even one unusual example of the boundless surprises that exist. Some of the awe is realized when a color slice of nature can be rendered more inviting in monochromatic tones.

In the Lens section are three sets of images that fit this week’s theme: there is much to be noticed in the vast array of seemingly bare bones of winter. There also is a particular quality to a scene that is made more lively by black-and-white conversion.

Part I shows two of the same image that was taken during a February snowstorm. The day was hardly visible, but I could see my neighbor framed by a massive pine tree. He was shoveling, and I caught him in my sights through the curtain of snow.

In Part II are two different shots of leaves covered in icicles. Within an hour the sun had melted the crystalline covering. But the early morning had given birth to a glaze of ice that in my backyard transformed a spent plant’s frond into something worth my spying.

In Part III are images that were found on two consecutive days. Each brought a startle reflex: leaf street graffiti. Each was a negative of a leaf made by its frozen autumn form and sunlight. As if drawn into the street, the result is a positive of each etched into the macadam.

One such discovery is enough to make a day’s momentum flow, but more is pure joy. It reminds me that nature’s artistry plays with human intervention, and she always has the last word.

Tip of the Day: Black-and-white photography is a mainstay in art history. The masters are visual magicians at capturing and controlling tonal values. When a decision must be made whether to keep an image in color or convert to a grayscale, considerations very much depend on the  monochromatic tones. The goal is to impress our sensibilities. No one did it better than Ansel Adams (1902-1984). I continually revisit his work, because his ability to capture emotional resonance of the Western landscape astonishes. His work has a profound effect upon me, and his record of the monochrome gives the world a breathtaking archive of the majesty of the wild in the twentieth century. Visit his work here.

5th Monday: Editing and Processing with Various Apps Using Themes from the Fourth Week (31 March 2014 will be the first challenge for this new theme).

64 Responses to Phoneography Challenge, the Phone as Your Lens: Black and White (and Winter’s Waning and Spring’s Arrival)