Phoneography and Non-SLR Digital Photo Challenge: Nature (The Tame and the Wild, Part One)

Posted on May 5, 2014 by lensandpensbysally 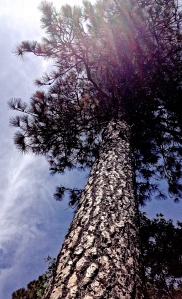 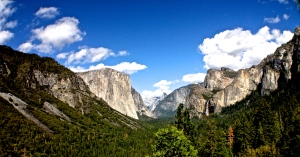 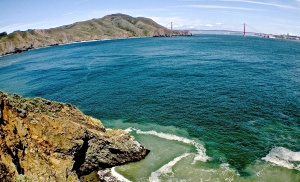 If you are a regular reader of my Lens and Pens, you know that I’ve been incommunicado for over two weeks. Those days were charged with adventure, happenstance, reunions, serendipity, and tenderness. Emotions were on high alert, and mine succeeded in spilling into my heart and soul with vengeance and a treasure trove of bizarre and wondrous moments.

While I’ve been in Northern California on other occasions, this journey was stacked with firsts and day-after-day of hypersensitivity to this region’s expansive wilderness and kaleidoscopic cities: the primitive and pristine mixed with the historic and modern, and my almost prancing between rural and urban.

More importantly, I spent every day with family and friends, so the memories become layered in so many directions that they are relived with the most genuine of affection and gratefulness. Each day’s experiences have settled into a deep inner well that keeps nourishing me with intense flashbacks. How fortunate I am, and I know it.

While I’ve had similar experiences in California, the elements that converged made it an exceptional passage through place and time. I’ve returned rejuvenated, and accompanied by an even deeper sense of reverence and wonder.

This holiday was another pilgrimage that wavered between the present and the past. Truly, every new venture is partially influenced by what has been, and yet the new enters as a fortress with room for the familiar and unfamiliar to influence todays and tomorrows.

Narratives were woven around three cities: Nevada City (in the Sierra Mountains), Berkeley and San Francisco as well as side trips (e.g., Oakland–the New Brooklyn) to other remarkable places. While each has its own appeal, the spiritual effects of this trio was a never-ending combination that coalesced into rich, sweet, tender and vibrant passages.

While the destinations alone would be a triumphant package, it was the mixture of adventures shared with each person that was the entry point for remarkable confluences of events and occurrences.

Mostly, I can boast of spiritual discoveries along with new vistas in the wilderness and urban landscape. Often when I view such splendor I am prone to welling of intensity: tears rising and blurring my view, which stills me and that is a good omen. Still that emotion is a testament to the visual abundance that rocks my inner and outer worlds. Simply, Mother Nature inspires me.

While springtime on the West Coast can be vacillate in temperatures, on this excursion Northern California weather cooperated: sunny and warm days with cool nights: perfection. We even had one overnight and morning rainstorm, which is very much-needed throughout the region.

This initial post is one of several to be launched about my trip. Most of the days were spent in the region north and south of Nevada City that is filled with the Gold Rush’s legacy to American history. But visits to Lake Tahoe and Yosemite National Park were more than memorable. They’re locked into my past and present.

The remainder of the trip was spent in Berkeley and San Francisco: two cities high on my list of “I could live” in their yin/yang urban and close-by natural environments. They have so much (including family and friends) that it astounds my sensibilities.

I will need many posts to show the depth and breath of the landscape–scenes that stole my emotions. But also while my iPhone 4s did record splendor, my Nikon DSLR was necessary to get the crystalline views of such monumental images.

In the Lens section is a sampling of the trip’s tribute to Mother Nature. There are seven images that begin to detail the variety of my trip’s main theme: mostly the wild.

Part I: Colfax, south of Nevada City-Cedars are captivating for their dimensions, but it’s their texture that also lures me. On a visit to friends where they live on a ridge in Colfax, this cedar’s majestic stance is about to be leveled due to the bark beetle. Sadly, its existence is being joined by others affected, including pines, by the same plight in Northern California.

Part II: Crystal Hermitage Gardens, Nevada City-These spring gardens are spectacular, and are only open to the public in April. I felt fortunate to be able to stroll through their 13,500 tulips that are luscious to the eye. They are cultivated and maintained by the cooperative spiritual community, Ananda Village, which is in the foothills of the Sierra Mountains. The tea gardens and views of the Yuba River Gorge are powerful visual scenes. We strolled through the tulips that were nestled in terraces, and each row invited you to gaze at individual and clusters of colors and varieties. We heard about the mouth-watering scones, but kept focused on the flowers and the serenity and solitude.

Part III: Yosemite National Park-After two and a half days in Yosemite National Park, which is located in the High Sierras, I was overwhelmed with views of granite cliffs, gushing waterfalls, hiking trails, light and shadow, abundance of natural rock formations on the valley floor, snow-capped peaks, the ebb and flow of the Merced River, and 9,000 years of history. I will never be able to express the gifts bestowed from this protected wilderness. We walked and walked, and became saturated but kept going and going. There will be a few posts devoted to this national park that was given in 1864 to the American people and others around the world. The experience is inexpressible. For decades Zion National Park in Southern Utah has stood at the apex of my favorite American natural wonders. Now Yosemite shares that spot. Both are miraculous examples of what John Muir called “special temples of Nature.”

Part IV: Marin Headlands-At the Marin Headlands is the Point Bonita Lighthouse. After a half-mile walking trail brought us to the tip of the headlands, the expanse initiated an inner gasp. Point Bonita is part of the largest urban national park in the United States. The Lighthouse serves as a guide to waters that take maritime travelers through the Golden Gate (connects San Francisco Bay to the Pacific Ocean) and under the Golden Gate Bridge. The view takes your breath away and holds it in safe keeping. This excursion was capped by a sighting of 130 harbor seals.

I hope that you get a slice of the joy that I experienced. I’m happy to answer any questions, because if you want a place to dig into Mother Nature’s omnipresence and so much more, then Northern California offers a sweeping variety: architecture, arts, cuisine, culture, entertainment, history, and natural wonders. Each comprises the tame and the wild.

Tip of the Week: For those of you who are new to using your Smartphone as your camera, you might want to read a short article from The New York Times Getaway column from 27 April 2014. James Hill wrote “Snapping Good Photos with Your Phone.” While on the Amalfi coast in Italy, he found himself without his SLR, and turned to his iPhone to record his vacation. He discusses a few apps, and talks about close-ups, composition, framing, color coding, and dawn and dust. Click here to view it.

84 Responses to Phoneography and Non-SLR Digital Photo Challenge: Nature (The Tame and the Wild, Part One)