Visual Reflections: Nature Photography in an Age of Uncertainty: No. 17 (Day and Night Photomontage)

Posted on October 24, 2017 by lensandpensbysally

Taken in Polamatic and edited in Snapseed and Pixlr. 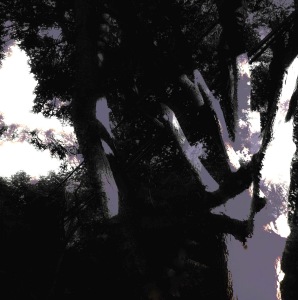 Click onto image to enlarge. Let me know your response to this photomontage. Prints are available upon request.

With quiet and vigor day shadows night as night shadows day. The nuances and substance of black and white has the character that threads through our lives; opposites are made to create polar differences.

Day vs. night is continuance in its finest demonstration: the movement of dawn and dusk–light and dark–that signals the balance in life and the varying directions made possibly. These seemingly contradictory and inconsistent remains are evidence about how we dance and weave through life’s journey. Not to be ignored is the relationship of good vs. evil in this comparison.

In the Lens section is homage to this notion of yin yang that brings us challenge each and every day. The image is a composite of day and night, which is cautionary and seamless. Those qualities are part of the human condition, which in our story (even in our struggles and joys) sparks us to be our personal best or moving beyond what we could ever imagine for ourselves and others.

Susan Sontag (American, 1933-2004) was an intellectual polymath, activist, filmmaker, teacher, and writer. Her legacy can be found in her publications that speak to issues about the arts, culture, politics, and society. She was known to stir controversy and conversation about a range of subjects.

Here are excerpts where Sontag discusses her philosophy about photography, even as she herself was not an image maker but an observer. She believed strongly in the ability of the arts to “inform and transform.”

From Susan Sontag Talking by Charles Simmons (published in The New York Times Archives, December 18, 1977). Simmons interviewed Sontag on the occasion of the issuance of her book On Photography (1977), which won the National Book Critics’ Circle Award for Criticism.

Q. While you were writing this book did your attitude toward photography change? I had sense that you credited photography more by the end of the book than at the start.

In fact, as I said in the preface, I never intended to write all those essays. I wrote one essay in late 1973 and discovered when I was finishing it that I had more material left over that I thought would be enough for a second essay. And while writing the second essay, 1 realized that I had enough material left over to write a third. And it became a sorcerer’s apprentice situation. By the fourth essay I was seriously worried whether I could ever end it. And I could have gone on. I don’t think I could have gone on from the sixth essay—because that was consciously written in the spring of this year to close it off and to state the most general themes. But I could have written another essay between the fifth and the sixth. I have a lot more material, and the subject became deeper as I was working on it.

Q. I mean you brought a literary sensibility to it. You don’t agree with that?

A. Well, many people seem to think that one should be a photography insider to write about photography as I’ve done. But no insider would do it. Only an outsider would write this kind of book. However, I’m not a literary, as opposed to a visual, person. The distinction is trivial. It’s because I do see “photographically” that I came to understand what a distinctive and momentous way of seeing that is. More generally, people don’t like trespassers, and to people on the inside I’m a trespasser—even though in fact I’m not. Also, I am not and don’t want to be a photography critic.

30 Responses to Visual Reflections: Nature Photography in an Age of Uncertainty: No. 17 (Day and Night Photomontage)